Black women were asked to submit an action or gesture of power. These movements were then performed by one hundred black women in east Austin with a simultaneous live outdoor projection in Clarksville. The sites for the performance were chosen due to their significance to the history of Austin and specifically to honor and recognize the history of black people in the city.

Participants discovered and embodied those critical movements and daily actions that describe their own mechanisms for survival, living, and imagining a future. These actions, which included daily actions, repeated gestures, movements invented, or invoked, allow us to be present in our bodies. The project performed movements across borders and geographies to envision a cumulative, collective action translated into a site-specific performance with the weight and critical mass of one hundred black women, thereby invoking shared power and presence. 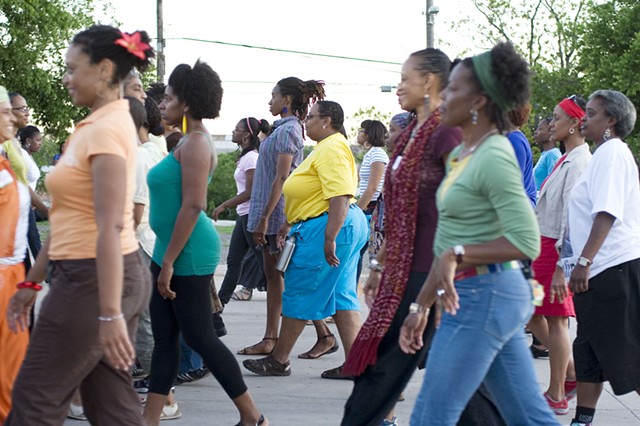